In the early ’90s, when architects Brigitte Shim and Howard Sutcliffe set out to design a laneway home in Toronto, there was little legal precedent. A few years earlier, Daniels Faculty architecture professor Jeffrey Stinson had built a house on a back alley in Kensington Market. Shim and Sutcliffe admired how secluded it felt, despite being in the city’s centre. The couple wanted something similarly cottage-like in Leslieville, shaded by treed backyards and removed from Main Street bustle. The local planner, city councillor and neighbours all objected – who would want to live in an alley, they asked. Almost 30 years later, as Shim sits facing her private, ivy-covered courtyard, she can laugh it off.

“The neighbours now love that the laneway was activated,” she says. “In fact, for the past 14 years, there has been a ‘laneway party’ with neighbours who live on both streets that share the common laneway.” As for City Hall, the couple fought it all the way to the Ontario Municipal Board, the provincial body mediating planning disputes. “The OMB tends to be conservative,” says Shim. “But their conclusion, in letting us build, was that laneway housing is an untapped resource. They said it needs further exploration.” 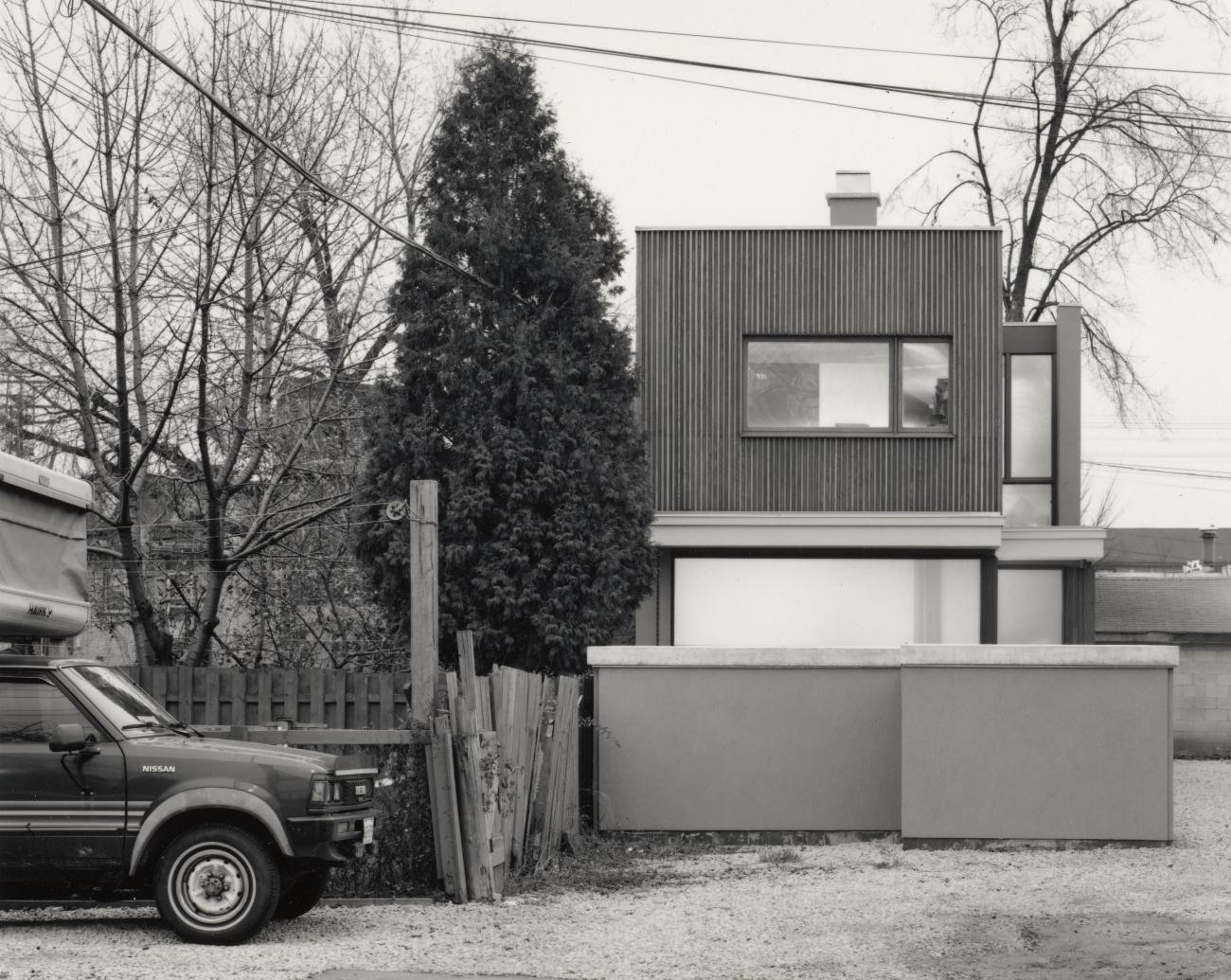 For their own laneway home, Brigitte Shim and Howard Sutcliffe, of Shim Sutcliffe Architects, had to take their case all the way to the OMB. Photo by Steven Evans.

One Good Idea Begets Another

To advance the cause, Shim went on to teach a course at U of T and co-edit a definitive book on the subject, Site Unseen. Among those interested in the topic were Studio Junction’s Peter Tan and Christine Ho Ping Kong. Although Toronto was no more permissive about laneway housing by the time their own project – Courtyard House – was finished in 2007, they didn’t face the same pushback. See, the mood at City Hall was changing. In 2006, city councillor Adam Giambrone tried resolving some of the technical limitations that prevented additional laneway housing – garbage collection, sewage, water. And Studio Junction wasn’t building from the ground up, like Shim-Sutcliffe. Instead, they were modifying an existing industrial structure (that, when finished, we featured in DL). “When we bought our property, it was already zoned non-conforming residential, with a wide enough lane for fire, snow and garbage access,” says Tan. “We still had to go to the Committee of Adjustment, but not all the way to the OMB.” 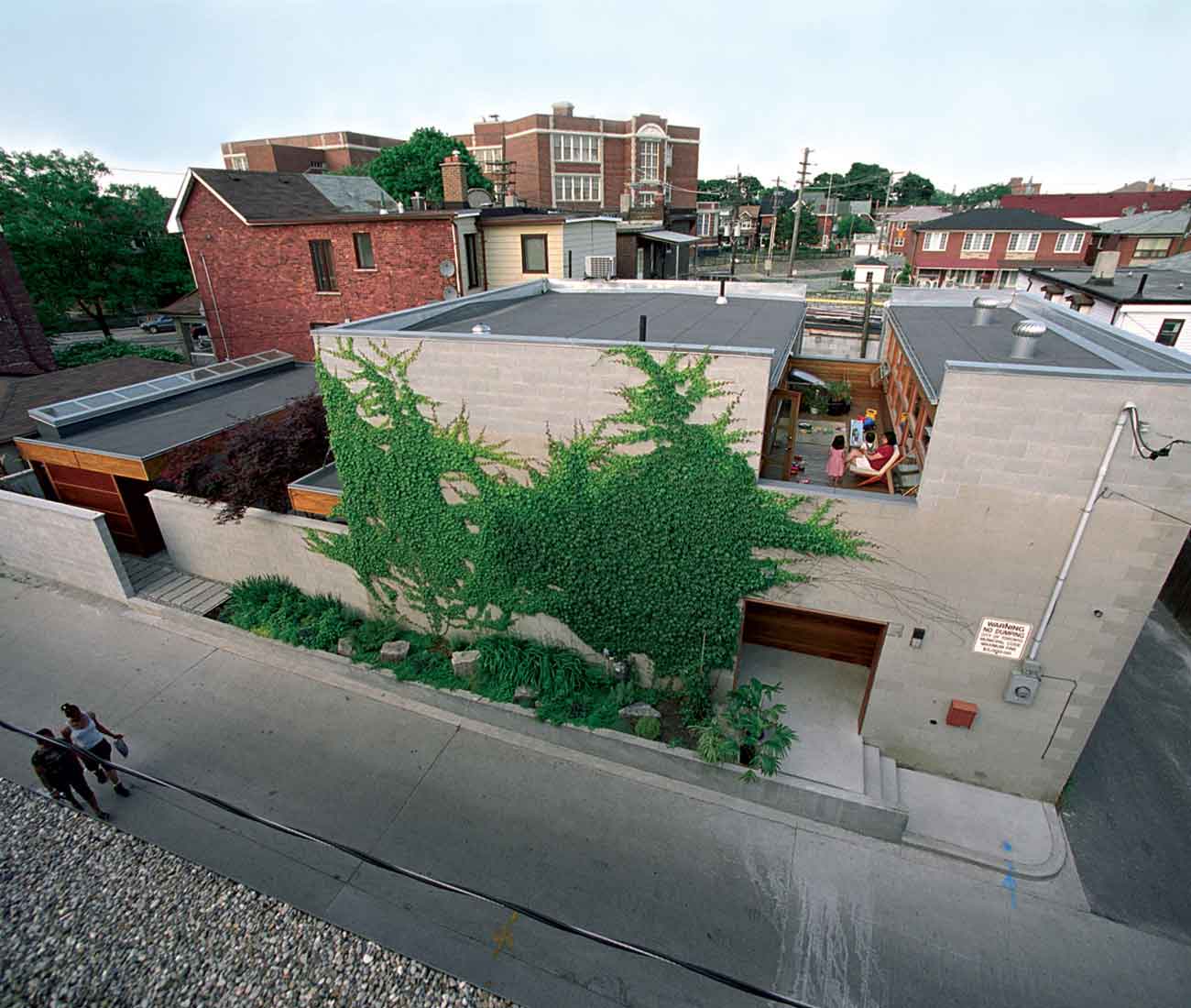 Already zoned for non-conforming residential, Studio Junction was able to avoid appealing to the OMB for a zoning adjustment. Photo by Rob Fiocca.

Unfortunately, despite Giambrone’s efforts, City Council voted in 2006 against allowing more laneway housing. Too many feared it would turn the lanes into thoroughfares and crowd backyards – a NIMBY’s worst nightmare. The defeat didn’t kill the dream, though; enter architect Craig Race. In 2013, during a chance meeting with councillor Mary-Margaret McMahon, Race asked why the city was so hesitant to build in back alleys. McMahon, whose brother was living in Vancouver at the time, wondered the same thing. “Vancouver was allowing laneway houses,” she says, “and I thought they made sense here, too, considering the rising cost of housing.” The process took nearly five years, including public meetings and consultations hosted by nonprofit Evergreen, McMahon, Race and Ana Bailão, now the deputy mayor. “We had a meeting in Ward 9,” says Bailão. “The interest was overwhelming, with grandparents looking for housing near their kids, and people wanting new rental options.” 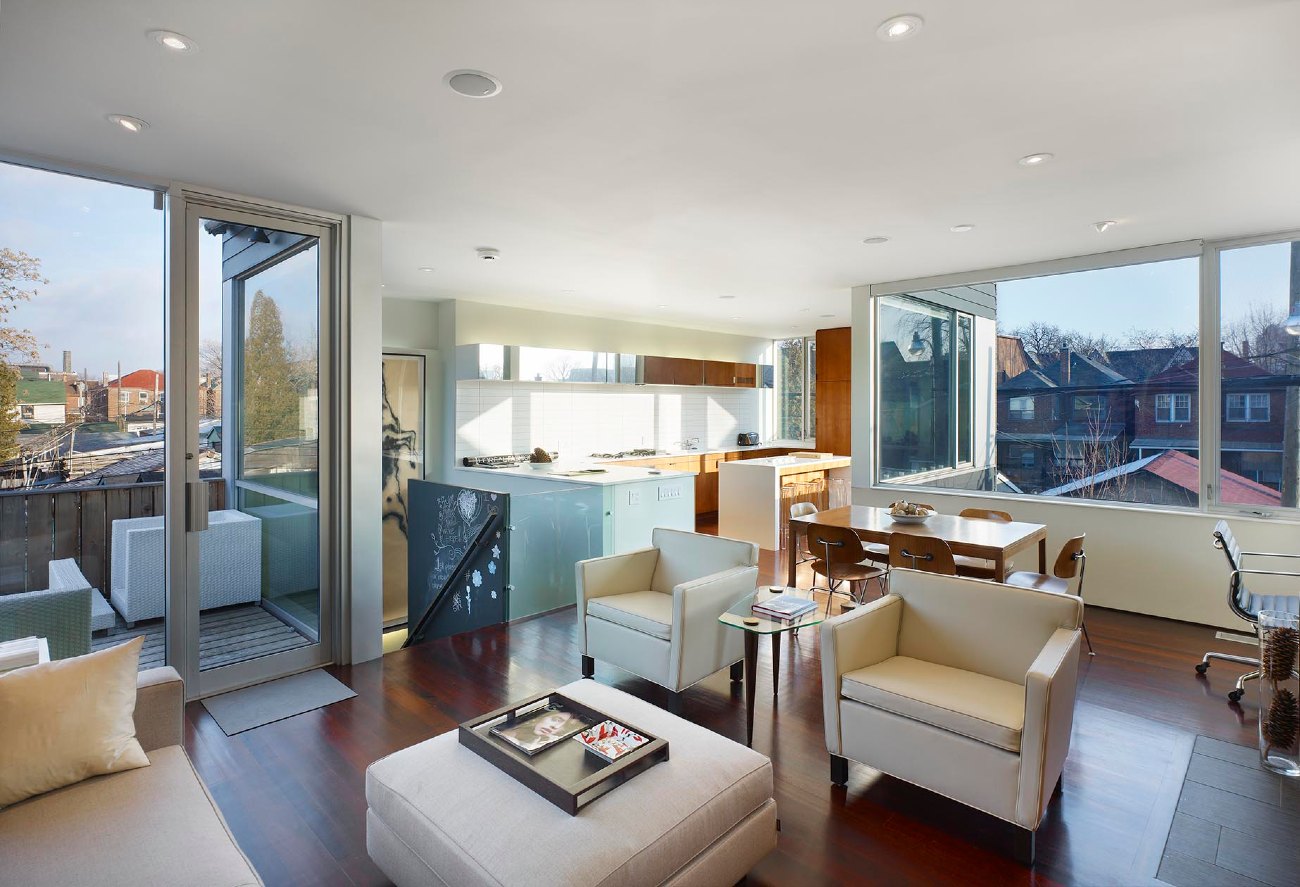 In 2018, the city passed new zoning rules to allow some form of laneway housing as of right – meaning, no Committee of Adjustment or OMB hearings required. “That saved homeowners upwards of $100,000 in rezoning fees,” says Race. Which is good, considering laneway housing can have higher-than-average square-metre costs, a reality when building on tight sites. Still, the zoning isn’t entirely permissive. “It allows backyard laneway suites,” says Shim, “not stand-alone houses, like mine, with their own address.

The suites have to be on the same property as another house.” There are also many other regulations that limit where and how the suites can be designed and constructed – too prescriptive, according to architect John Shnier, co-founder of Kohn Shnier. In the late aughts, he designed a home on a lane, an upside-down place with the bedrooms on the lower levels and the living up top. “At one point, the city used it as the cover image for the proposed zoning,” says Shnier. “But in no way does it reflect the new bylaws – it’s too tall, for one, and has its own address. But maybe that’s a good thing. Maybe its nuanced creativity wouldn’t stand out so much if it followed the rules.” That said, many architects have embraced the new laneway suites zoning, creating inspired, innovative back-alley pads. Let’s tour four of the best:

How an Old Coach House Became a Modern Laneway Home

Not needing his home in Toronto anymore but still wanting a place in the city to call his own, a globetrotting creative director looked to his back lane. Read the story here.

This Modern Laneway Suite is Built for Quick Getaways

Architect Craig Race designs a highly functional laneway home with accommodations for a homeowner and a lot of horsepower. Read the full story here. 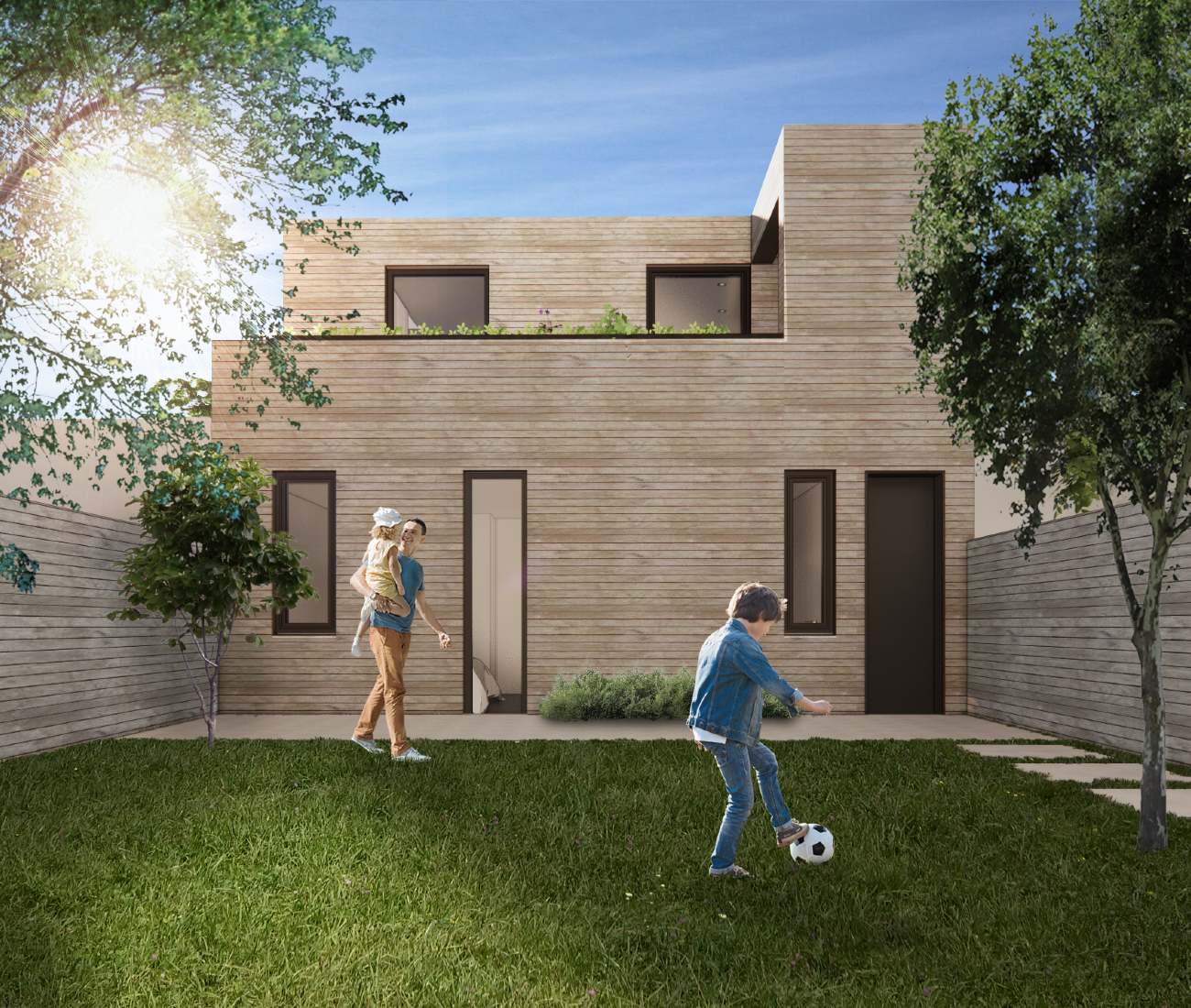 This Prefabricated Laneway Home is Designed for Everywhere 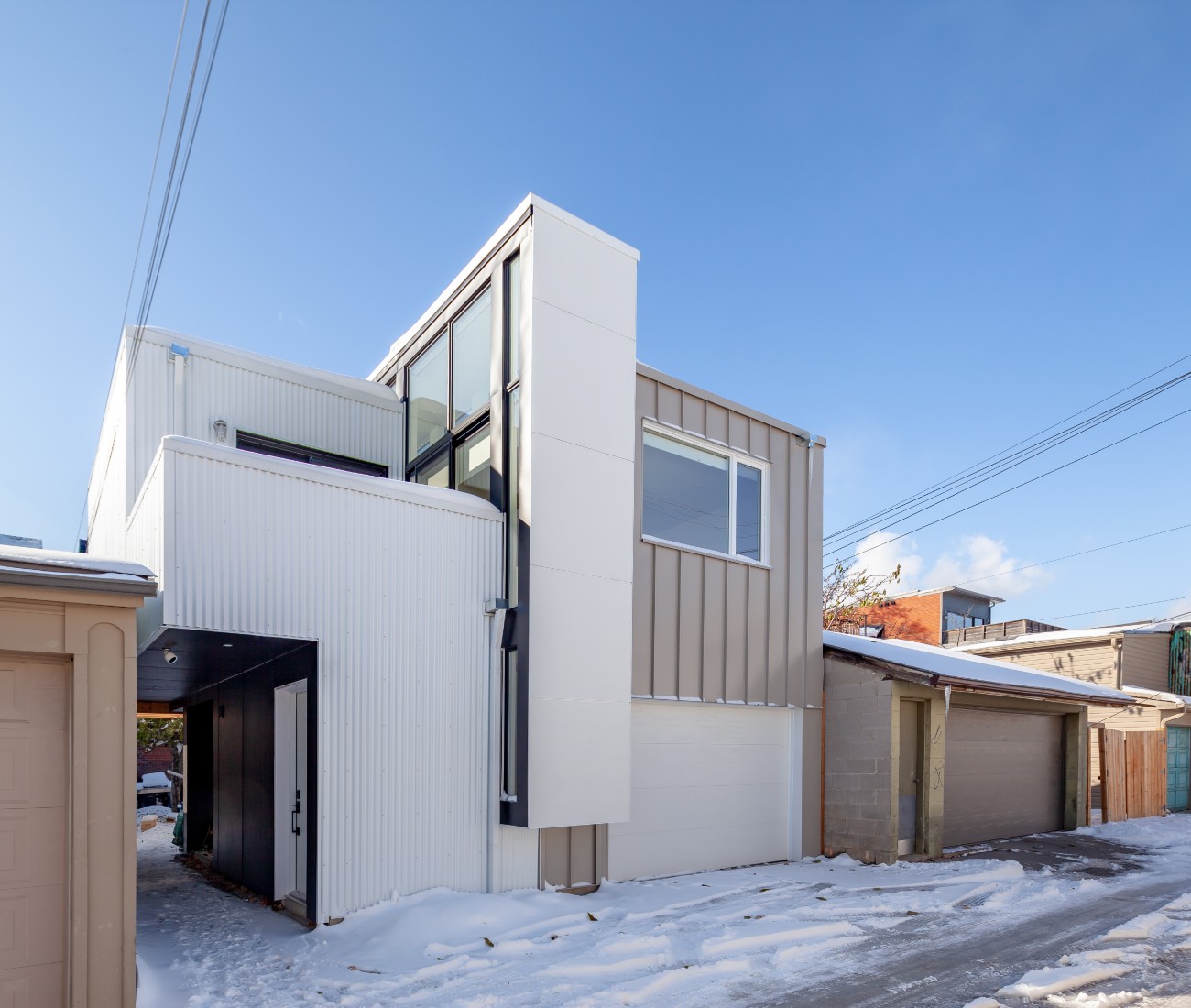